Women beware - reckless caution and the thief in the night…

I have written before about the disparity between how women and men manage their finances, and the noticeable lack of engagement by women to use investment as a tool to grow their wealth.

Now with interest rates on the floor, and the looming threat of increasing inflation (that thief in the night), I pick up the subject once more.

Let’s refresh our memories. HMRC statistics show that women save more in cash than men. Men tend to invest in stock market linked investments getting better returns, while women are known to be the savers setting money aside rather than trying to grow it.

There is a common perception that women are more risk-averse than men. Indeed, the most recent figures from the Office for National Statistics show that just 1.025 million women opened a stocks and shares ISA in the 2017/18 tax year compared to 1.3 million men. Women were far more likely to open a cash ISA instead - with 3.585 million accounts opened by women in the year, compared to 2.889 million by men.

This reluctance to invest is costing women money in the long run. At our last “Wealth is Precious” event, a series we run to encourage and engage women with investing, our keynote speaker, journalist Merryn Somerset-Webb, referred to this hoarding of cash, leaving it to be eaten away by inflation, as “reckless caution”.

Now women should be trying to maximise their returns at least as much as their male counterparts for some very important reasons. There is a widely reported gender pay gap that exists in many industries, which is the first hurdle when trying to save and provide for the future. This is then compounded if, and when, many women have a career break or switch to part-time working should children come along. This is perhaps one reason behind the noticeable drop in ISA subscriptions made by women (both cash and stocks and shares) after the age of 34 as evidenced by the ONS. These do not get back to where they were until women are 65+. On the other hand, the number of men investing in ISAs of either sort throughout their lives increases steadily year on year.

This means that by the time women hit retirement, the chances are that their pensions and savings often fall well short of their male counterparts – the ‘Gender Pension Gap’. Consider additionally the fact that women live longer - 68% of us will outlive our spouses. Furthermore, one in five women won’t have a personal pension at all, according to HSBC research, compared with only 7% of men. Perhaps even more worryingly, Which? have identified that women receive less State pension as well. About £29,000 less over a typical retirement. The inescapable truth is that many women are facing a retirement of financial hardship, which will have a real and lasting impact on their quality of life.

Research by JPMorgan Asset Management found that women could have as much as €200 billion (£180 billion) in savings which could be invested, but they don't feel confident enough to put their money in the market. The Centre for Economics and Business Research revealed last year that more than 50% of UK millionaires will be female in just five years' time. Given the ever growing role women will play in earning and controlling future wealth, this needs to change.

Why have we reached this crisis point, and how can we move forward?

In order to encourage women to engage with investments, we must first understand why they are not using them in the first place. Does it all come down to having the confidence to invest in stocks and shares over cash, or are there actual differences in how men and women approach their finances? A recent JP Morgan survey found that the main factors holding women back are lack of confidence, limited investment knowledge and busy schedules.

It seems to me that many women are not in fact more risk averse, they are just more risk aware. And that’s a good thing, although it inevitably creates some natural barriers with investing. When it comes to investing, there is, of course, nothing wrong with exercising calculated caution. But it is important we emphasise that not all investment funds expose investors purely to the risks of the stock market. Absolute Return funds, for example, invest in a mix of asset classes like equities, bonds, property and cash, spreading risk and capturing some of the upside when markets rise as well as protecting on the downside should markets fall.

It is also vital to engage with women early on in their careers, to encourage them to start saving and benefiting from that 8th wonder of the world – compounding. A common misconception is that you need large lump sums to invest, when you can in fact save into an investment portfolio from as little as £50 per month.

The conundrum is that although women invest less than men, studies show that they are typically better at it. According to analysis by Warwick Business School, women outperform men at investing by 1.8 percentage points over three years. This was based on data from men and women using the “Barclays Smart Investor” service. The researchers put this down to several factors, including women trading less often and focusing on shares that already have a good track record, rather than betting big on a speculative investment. Other surveys, notably from investment house Fidelity and the University of California, have confirmed the school’s findings.

Why is this issue more important than ever?

If savings are in cash, they are subject not only to record low interest rates, but also inflation, and it is widely expected that we are in for an increase in inflation post-COVID-19.

The graph, see right, shows historic returns of cash versus the stock market over the last 10 years. As an example, if you had invested £10,000 in the stock market in January 2010, it would have been worth £21,354 after 10 years. This assumes the re-investment of any dividend income and an adjustment for inflation. In a cash savings account paying an average of 0.5% interest over the same period, and again adjusted for inflation, the same investment would have been worth £8,424 after 10 years. And you thought cash was risk free!

The reduction in the value of cash is due to inflation, which has averaged 2% over this 10 year period (as confirmed by the Office of National Statistics in the UK), meaning that if you kept savings in cash, earning the average rate of interest on offer of 0.5%, you were effectively losing 1.5% every year. Interest rates are now even lower at 0.1%, and inflation increases loom large, meaning the “reckless caution” of saving in cash is now particularly poignant. After all, money forgone is just as much a waste as money unnecessarily spent.

Novice investors will likely prefer to seek the advice of a professional adviser rather than try to manage their investments themselves. Rather like a man exercising a willingness to ask for directions, seeking help with investments often gives women investors the edge. Being open to seeking out advice is a positive female behaviour, possessing more knowledge is always a strength.

Finance is still overwhelmingly male – there are fewer female chief executive's in the FTSE 350 than men named David or Andrew, according to Morningstar. Christine Lagarde, President of the ECB, remarked recently in the Financial Times that female leaders had proved successful, if not more so, than their male counterparts in dealing with the pandemic, further highlighting the benefits of having a female perspective at senior levels. It seems plain to see that investing in women, and women in investment, is for the benefit of all.

The contents of this article are for information purposes only and do not constitute advice or a personal recommendation. Investors are advised to seek professional advice before entering into any investment decisions. Please also note the value of investments and the income you get from them may fall as well as rise and there is no certainty that you will get back the amount of your original investment. You should also be aware that past performance may not be a reliable guide to future. performance. 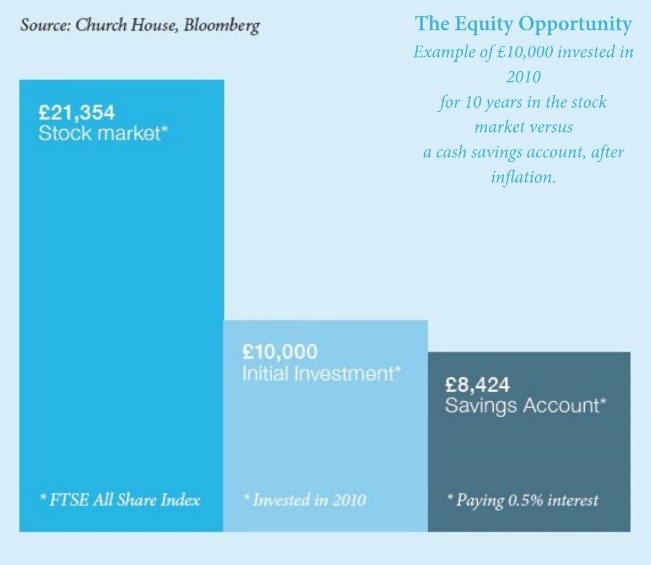 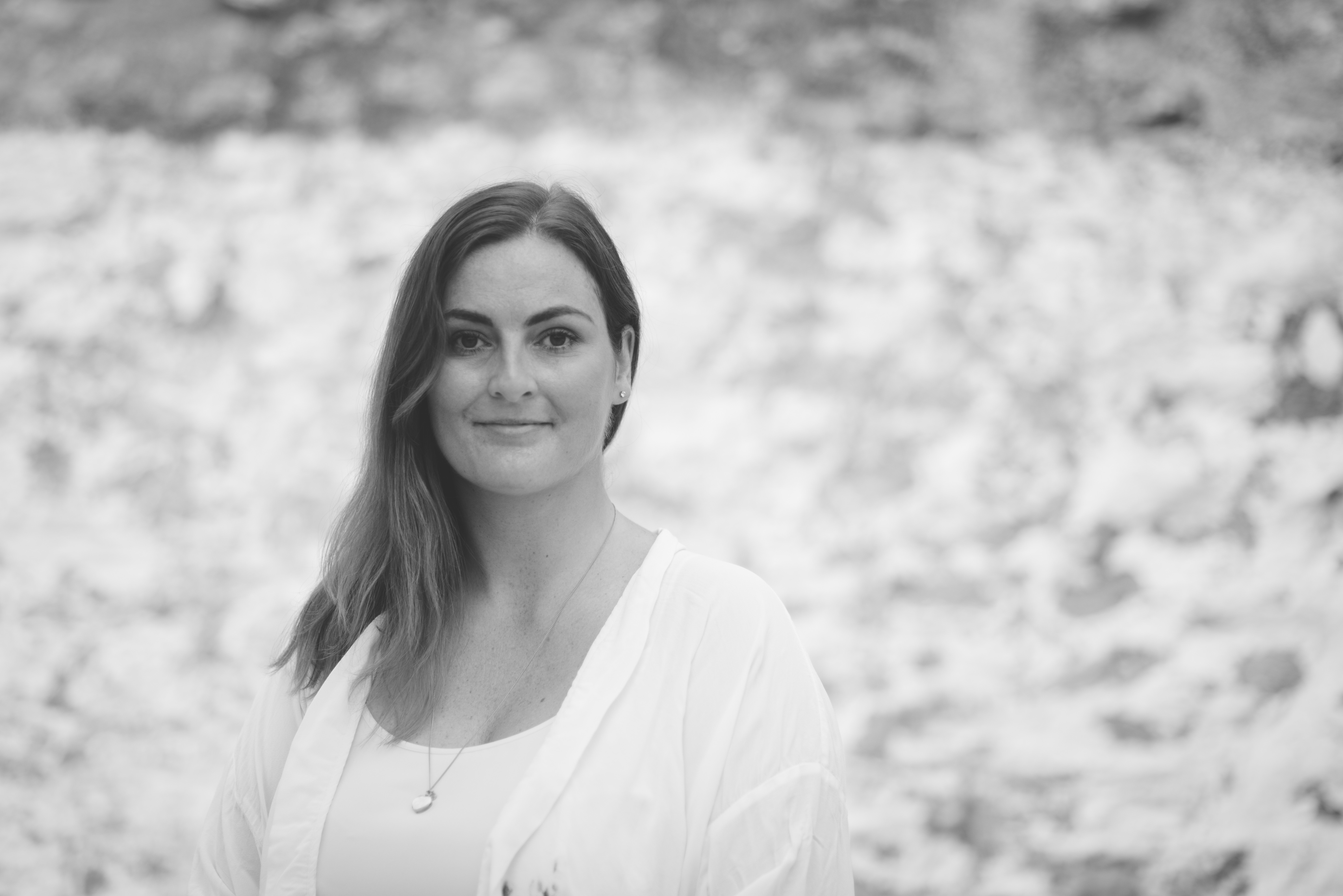