This winter has seen Church House support a series of successful events taking place in the wonderful countryside of the South West of England.

Amid the whirr of chainsaws and hacking of bill-hooks, CH were delighted to sponsor the Blackmore & Sparkford Vale Hunt’s Hedge laying Competition earlier this month, an annual contest of this important and happily re-nascent rural craft.

40 teams were allocated a chain (or ten metres, in new money) of a straggly hedge that had long since been allowed to ‘get away’ and eaten out by sheep. Their task was to cut and lay the remnants in the traditional style to make it stock-proof and a more inviting habitat for wildlife. Starting at 10 am, by the close later that afternoon, the transformation was remarkable.

As the competition’s organiser, Peter Fitzgerald, kindly wrote afterwards: “I believe that holding the competition demonstrates that hunting has green credentials; it also pleases the farmer and gives us three new hedges to jump. All thanks to you.”

The Church House Open Ditch featured in a packed nine-race card in the CA Point-to-Point at Badbury Rings on Sunday 20th February.

A good crowd of several thousand dodged the worst of Storms Eunice and Franklin to be entertained by a terrific day’s racing in the best of amateur steeplechasing traditions. The support shown by so many in pursuit of so little was testimony to their commitment to field sports and the rural way of life.

After an absence of two years (2020 was lost due to abnormally wet weather conditions and 2021 due to Covid), the Blackmore & Sparkford Vale Point-to-Point Races returned to Bradley Head Farm near Charlton Horethorne on a bright and breezy afternoon which saw the crowds return in huge numbers.

Church House were delighted to sponsor the Restricted Race, which was won by the well-favoured Rose Iland, an Irish-bred eight-year-old from the Llangeinor Pentyrch Hunt, ridden by James King and trained by Luke Price.

It was very much a Church House affair, with lots of CH connections and clients attending. Amanda Loram, Client Director, was supporting the runners and riders while my family and I were kept busy all morning selling race cards in the car parks. 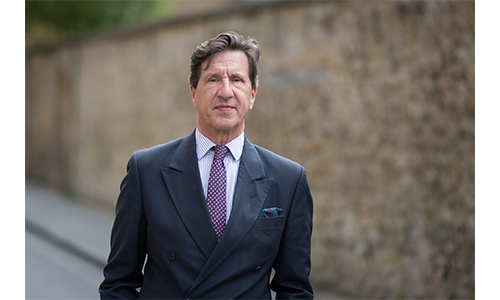 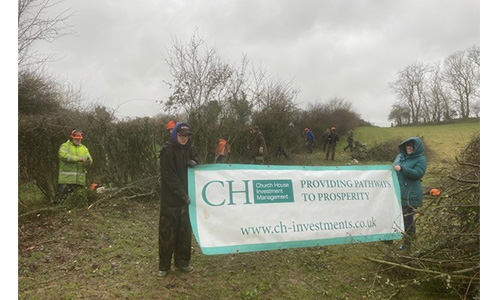